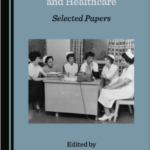 Electroconvulsive Therapy – A history of a Shocking Topic Summary: Across the range of psychiatric disorders, schizophrenia can be considered an extraordinary illness, because of a variety of powerful physiological symptoms and the social stigma attached to it. This mental disorder is poorly portrayed and misunderstood. Thomas Szasz (1920-2012), a famous psychiatrist at the University of Cincinnati called schizophrenia “the sacred symbol of psychiatry” in the twenty-first century) Szasz, 1961: 34). It is a complex condition that is characterized by heterogeneity in symptomology. The differences in symptoms, family, and personal background, make it extremely difficult to trace the historical origins of the mysterious disorder. It is often suggested that “schizophrenia-like” illnesses had existed in similar ways in the past since “madness” had been documented in medicine. Treatment options for schizophrenia were fairly limited throughout the earlier history of psychiatry. This only changed with the introduction of ergotherapy, physiotherapy, some psychoactive drugs, and the availability of psychoanalysis at the end of the nineteenth century, albeit with limited success. In the early twentieth century, the development of shock therapies as a “last resort” (Pressman, 1998) entered the domain of schizophrenia treatment. From a perspective on the availability of medical applications, this chapter looks at the early introduction of seizures through electrical currents in the brain, now defined as “electroconvulsive therapy”. KEYWORDS: Electroshock Therapy, History of Psychiatry, Physical Therapy Approaches, Psychiatric Techniques, Ugo Cerletti (1877-1963) PRECEPTOR: Dr. Frank W. Stahnisch INSTITUTION: University of Calgary

The History of Medicine and Healthcare: Selected Papers

This volume brings together such topics as the history of psychiatry, biomedical ethics in history, military medicine, children, women and changing gender roles in modern medicine, public health history, and a special communication on the history of Canadian hospital workers.
The chapter (p. 171 - 194) on Electroconvulsive Therapy A History of a Shocking Topic